Deep in the forests of Northern Italy resides the prized white Alba truffle. Desired by the wealthiest patrons in the world, it remains a pungent but rarified mystery. It cannot be cultivated or found, even by the most resourceful of modern excavators. The only souls on Earth who know how to dig it up are a tiny circle of canines and their silver-haired human companions—Italian elders with walking sticks and devilish senses of humor—who only scour for the truffle at night so as not to leave any clues for others.

Still, this small enclave of hunters induces a feverish buying market that spans the globe. With unprecedented access to the elusive truffle hunters, filmmakers Michael Dweck and Gregory Kershaw (The Last Race, 2018 Sundance Film Festival) follow this maddening cycle from the forest floor to the pristine restaurant plate. With a wily and absurdist flare, The Truffle Hunters captures a precarious ritual constantly threatened by greed and outside influences but still somehow protected by those clever, tight-lipped few who know how to unearth the magic within nature. 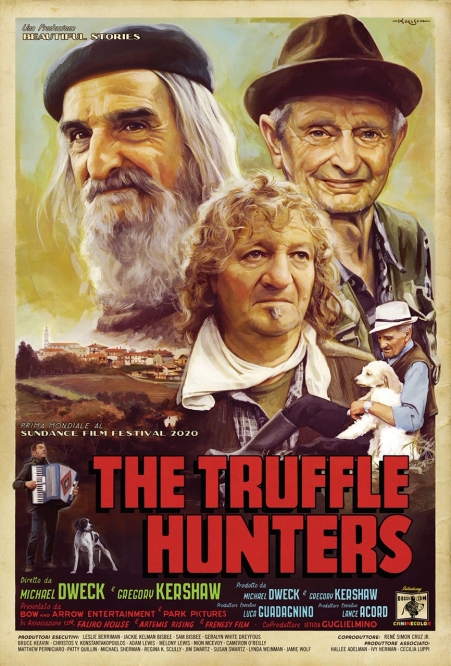 The Truffle Hunters - Sundance World Premiere Poster
Not for sale 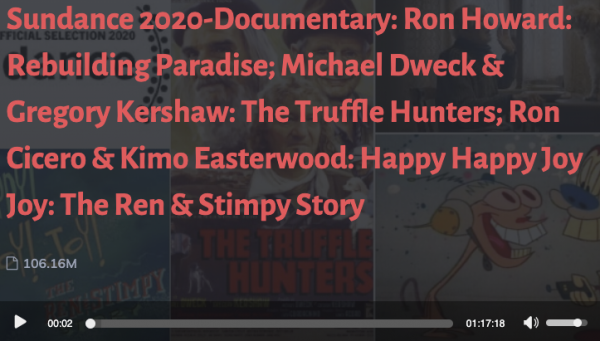 Filmmakers Michael Dweck and Gregory Kershaw ventured deep in the forests near Alba, Italy for their documentary, The Truffle Hunters. 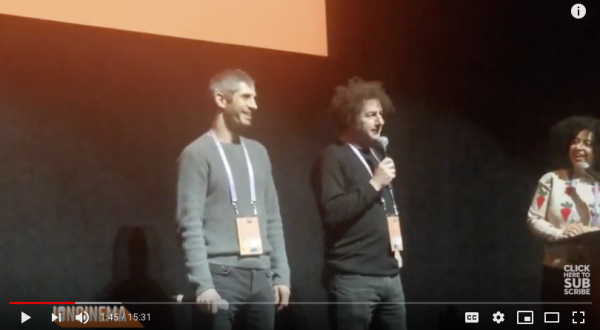 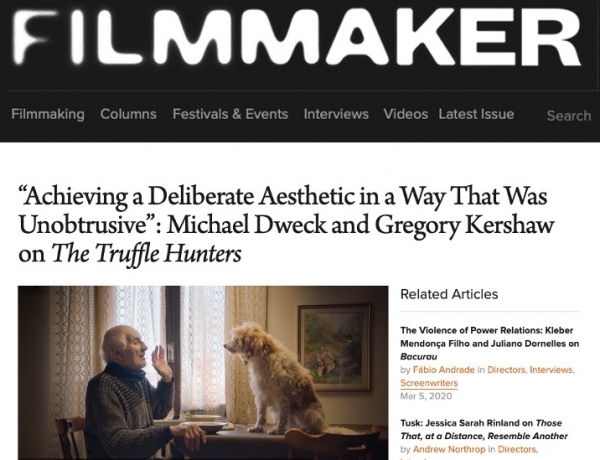 “Achieving a Deliberate Aesthetic in a Way That Was Unobtrusive”: Michael Dweck and Gregory Kershaw on The Truffle Hunters

Directors Michael Dweck and Gregory Kershaw  immersed themselves in the daily lives of this small sect of truffle hunters, who only prowl the sloping Italian forests in the dead of night in order to protect the location of the white Alba truffle. Dweck and Kershaw explain the arduous process of gaining trust within the community and the intimacy of filming them.

The Cannes Film Festival was canceled. But now we know the films that would have screened
Los Angeles Times 06/03/2020

Sundance Review: The Truffle Hunters is a Stately, Charming Look into an Age-Old Tradition
The Film Stage 02/04/2020

“The Objects of a Time Passed”: Michael Dweck and Gregory Kershaw | The Truffle Hunters
Filmmaker Magazine 01/26/2020

Sundance 2020: Thirteen of the most anticipated documentary premieres
The South African 01/23/2020