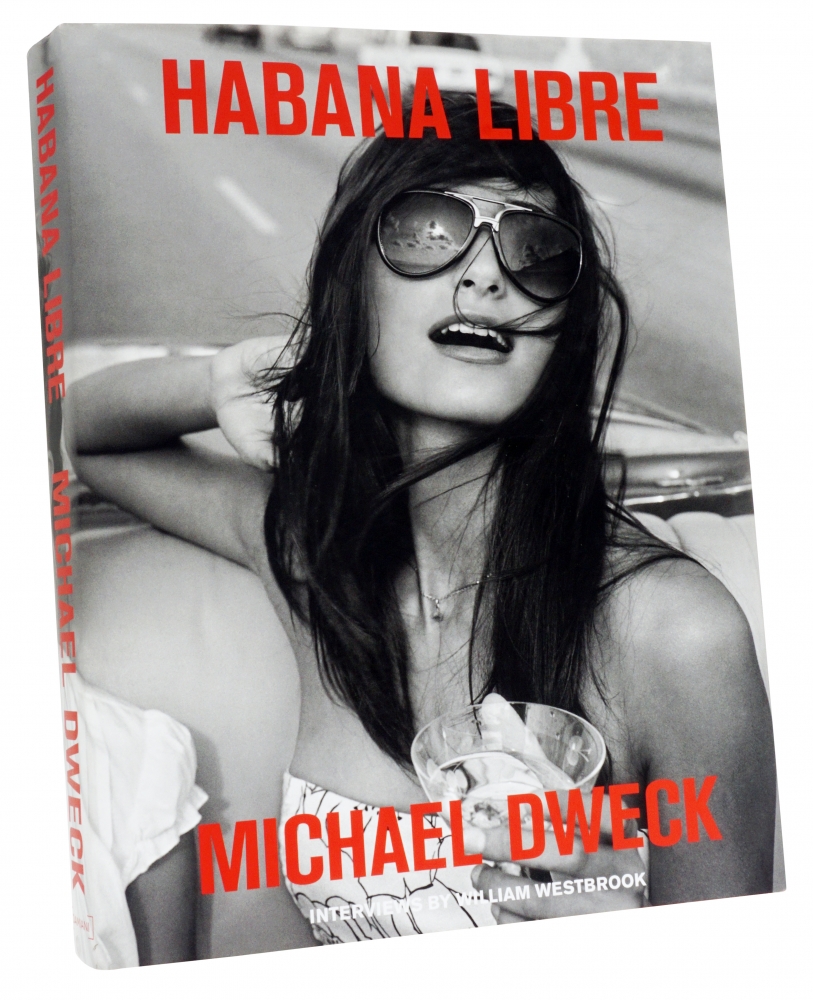 The limited edition printing – hailed as “a sunbaked who’s who of Cuba’s cultural elite…” by The New York Times is Dweck’s personal exploration of Havana’s hidden creative class.

Habana Libre is a stunning contemporary exploration of the privileged class in a classless society: a secret life within Cuba. Michael Dweck’s photographs are exhilarating, sensual and provocative, with a sexy and hypnotic visual rhythm.This is a face of Cuba never before photographed, never reported in Westernmedia and never acknowledged openly within Cuba itself. It is a socially connected world of glamorous models and keenly observant artists, filmmakers, musicians and writers captured in an elaborate dance of survival and success. Here too are surprising interviews with sons of Castro and Guevara as well as many others who define the creative culture of Cuba and give it texture and substance. Habana Libre  is not a media-fabricated Cuban postcard of crumbling mansions or old American cars, but a revealing and contemporary work by an artist adept at capturing the quiet gesture, the sensuous eye and the proud and provocative pose of that most romantic of contradictions: Cuba.

“Habana Libre is a story suggested, never told. Its subtext is an allegory of seduction, a ‘forbidden island’ that embodies a provocative mix of danger, tension, authority and mystery; teeming with an intoxicating air of sensuality and a rhythmic, almost hypnotic undercurrent.” – Michael Dweck

A portion of the proceeds from the sale of Michael Dweck: Habana Libre will go towards supporting the Cuban art community through the American Friends of the Ludwig Foundation of Cuba.